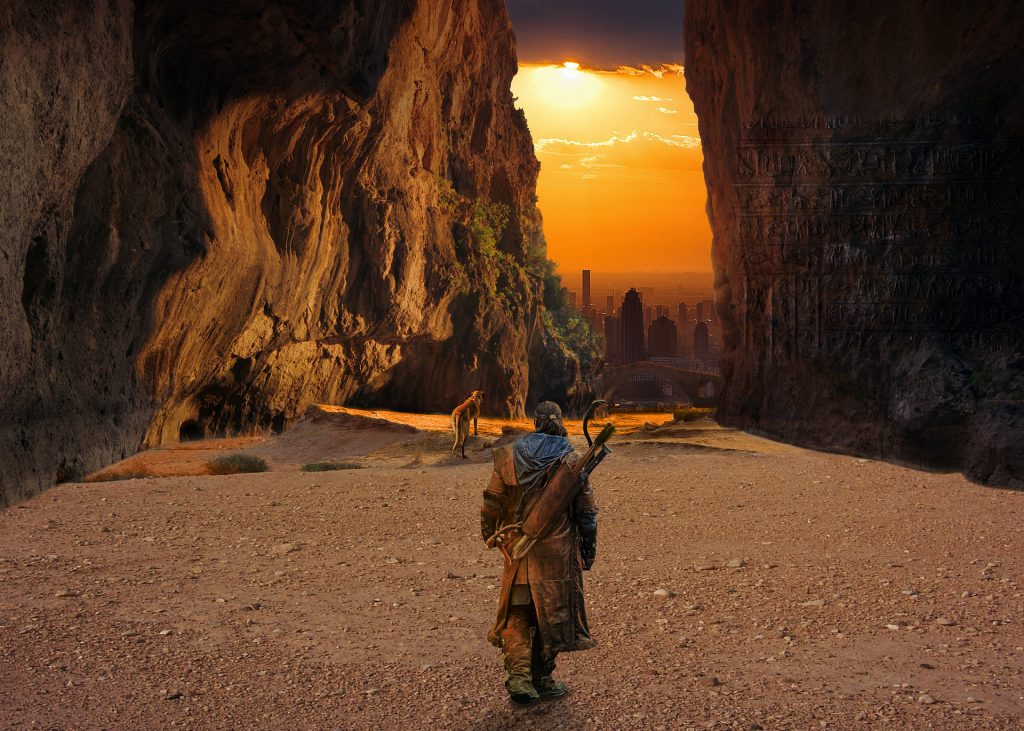 Image by mollyroselee from Pixabay

Do you ever marvel at the resurgence of stupid? Is it a resurgence? It feels like stupid is more prevalent today than it has been at any time in my life. Okay, stupid may always have been there it’s just now amplified by the internet. Does it matter if it has always been there or if it was created by the internet? It probably matters. Yeah, the why matters. As does understanding the full impact of its thuggish confidence.

While the stupid is real, it’s important to remember our species is very smart. Like send a person to the moon smart. Though not so smart that a great many people strived ridiculously hard to be strapped to the top of a giant bomb so they could be blasted into space. Our smart is a particular type of smart.

We left the trees about six million years ago. We’re so smart that we can even debate the appropriateness of the word ‘we’ that I used to describe our tree dwelling ancestors. But I’m not gonna.

Six million years ago and quick as a flash, some six million years later, give or take 200,000 years, our type of human appears. And then, another 100,000 years passed, and then another 30,000 years and then the big smart brain we like to boast about appeared. So awesome a brain, not a single other human species survived it. We should be very proud of ourselves. I think.

Another 60,000 years passed before we worked out farming. And then, approximately one wet week ago, we realised we’d left the trees. And many people are very pissed at that. Their gloriously huge brains couldn’t compute, so they’ve shut the fuck down.

That six-million-year journey did not prepare us for 10,000 years ago when we began to live in villages, towns and cities. And it certainly didn’t prepare us for the 1990s and the internet when we suddenly had access to everyone and everything. Our smart brains are still hardwired for living in small clans.

The invention of religion got us through the living in cities. It kept enough of us in our places so civilisation could happen. Ten millennia later, most of us still cling to religion but have accepted science as our real guide. But our brains are still all about the small group. Who has our back? Who is taking the piss? Which berries are in season? Who here is up for a hunt? How do I get through tomorrow?

Scientists (or in the modern vernacular, so-called experts) believe our brains peeked before civilisation. Carrying your world on your back and in your hands, while navigating a hostile environment means you have to be smart. None of us are descended from the dumbest of those clans. Surviving in the wild today is so ridiculous an endeavour it can get you a lucrative TV deal. But more important than the skills were the social ties. That clan had to function at close to 100% efficiency all the time. Your life and opportunity to reproduce depended on how close knit the clan was.

Getting on to get along did not require the scientific method or scepticism. It meant getting on was dialled up to eleven. And we rocked it. The other human species, large prey, climate and distance were all conquered. We literally conquered the planet. In our little clans. Using complex language. Because getting on means one has to communicate deep, not logically.

For example, have you ever had an argument with a housemate or partner about household chores? Has the scientific method ever proven useful in that discussion? Or was the discussion more about feelings, and an attempt to create and communicate clan norms to protect those feelings? Norms that would make the clan work more efficiently. It is an exercise in emotion and vast verbiage. All for the clan. All for your feelings. All about our place within the clan.

Which is all well and good I suppose, but it won’t shift a single Boris Johnson fan away from his band of stupid or save a single child from needless illness and death. But it does help me avoid wasted effort arguing with the unreachable. That’s something.