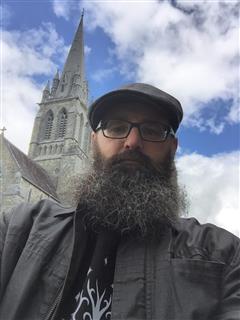 Another week and more links from the Great Link that is the twitterverse. You can have no idea how smugly satisfied I am by that reference.  Unless, of course, you get the allusion. Then you too can feel the smug. This week’s links manage to combine sex and nerdism. Not something that happens very often. And a wonderful piece on why it feels impossible to explain to someone why they should care about poor/sick people.

Writing goes well. Am now over half way through the first draft. The World continues to fall apart, but that’s not new. But at least its falling apart in this era pf peak-TV. Just remember, correlation is not causation.

“But their union leaves open a lot of questions, especially since Grey Worm, from a very young age, has been conditioned — as are all Unsullied — not to have empathy, fear, or feelings(especially sexual feelings, which his castration was supposed to extinguish).” 6 Sexperts on Grey Worm and Missandei’s Future As a Couple

“Not only do characters on Star Trek explicitly have sex, but their sexual relationships create important storylines. The obvious example is the classic original series episode “Amok Time,” in which Spock has to fuck or he will literally die. Many fans consider this to be one of the best episodes of all of Star Trek.” The Real Difference Between ‘Star Trek’ and ‘Star Wars’ is Sex

“Feeding on this tension, science fiction and futurism entered their “golden age” by the 1950s and ’60s, both predicting the bright future that would replace the Cold War. Technological advances would automate society; the necessity of work would fade away. Industrial wealth would be distributed as a universal basic income, and an age of leisure and vitality would follow.” ‘Make It So’: ‘Star Trek’ and Its Debt to Revolutionary Socialism

“I don’t know how to convince someone how to experience the basic human emotion of empathy. I cannot have one more conversation with someone who is content to see millions of people suffer needlessly in exchange for a tax cut that statistically they’ll never see (do you make anywhere close to the median American salary? Less? Congrats, this tax break is not for you). I cannot have political debates with these people. Our disagreement is not merely political, but a fundamental divide on what it means to live in a society, how to be a good person, and why any of that matters.” I Don’t Know How To Explain To You That You Should Care About Other People

“The proper use of the word ‘fascist’ has been stripped away, meaning reduced to a verbal tick. “You fascist” and the no less unimaginative “You fascist pig” are self-reverential: you don’t know what the target of your abuse really is, but you’re sure it’s terrible, fearsome and antithetical to your own values. But if you can’t dissect the opposition, what is it you stand for?” Umberto Eco Lists The 14 Common Features of The Eternal Fascist

“Politics, in other words, did not reinforce my identity, but helped me reach beyond it. If I was growing up today, though, it is quite possible that my political education would be much narrower, because it would be shaped primarily by my personal identity and experience, rather than providing a means of transcending it; because all politics has, for so many, come to be seen as identity politics.” NOT ALL POLITICS IS IDENTITY POLITICS

“The use of these images in their campaign is, to me, wrong. As a parent, it should be my choice as to when and how I have conversations with my child about difficult issues. My son is three. His world is small and insular, and for the moment, that is how I want to keep it. He knows nothing but love and compassion, the most difficult things he knows is not getting his way at bedtime, or when asking for more treats.” Youth Defence tactics and the Abortion Debate