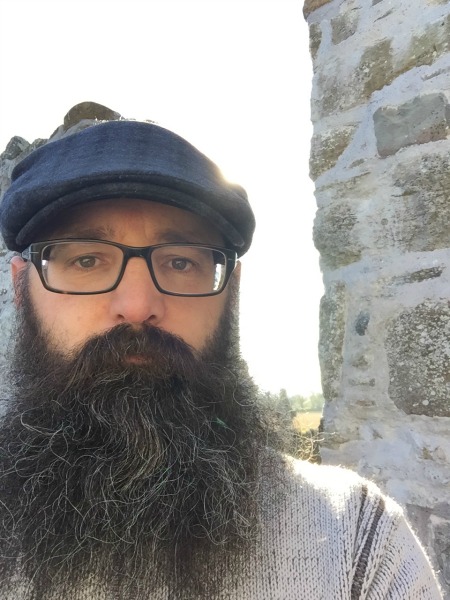 To my great surprise I managed to avoid any articles on the car crash that is Trump this week. Though I did read a bit about Brexit, which is a car crash of the same economically marginalised, post-factual and nativist stripe. It is depressing to be already one of those nostalgic types who mourns for a time when things were less stupid.

But there are vampires so at least I’m topical.

As ever, feel free to subscribe to my blog and perhaps take a look at some of my fiction over on Amazon.

“Britain did not become a different country on 24 June. It did not overnight get taken over by xenophobes and racists and the ignorant. Rather people, and views, that many liberals, and many within the elite, were able previously to ignore, they no longer could.” i want my country back

“Labour and the Conservatives have always positioned themselves in accordance with the country’s social divisions: Labour for the workers, Tories for the businesspeople. The EU referendum confirmed that this logic no longer applies. Labour has largely split in two: an urban left-wing liberal middle class that voted against Brexit on the one hand and an independent worker class that was in favor of leaving the EU on the other. The Tories, meanwhile, is made up of nationally patriotic EU opponents as well as business-oriented globalists.” Searching for the True Britain

“Experts had never seen a glacier move like Kolka before. It seemed like the icy equivalent of a pyroclastic flow of hot gas and rock that gushed out of Vesuvius and flattened Pompeii. Most incredibly of all, Kolka had achieved high speeds on a surface that was inclined an average of only six degrees above the horizontal.” When Glaciers Transform Into Deadly 150-mph Avalanches

“Today, cooking helps us make meat easier to eat and digest, but Lieberman thinks our ancestors started eating meat long before they learned how to roast it. There’s evidence that our early ancestors—upright apes called hominins—were regularly eating meat as far back as 2.5 million years ago, but cooking doesn’t seem to become common until 500,000 years ago” How sliced meat drove human evolution

“They found that when people were dishonest, activity in a part of the brain called the amygdala—the hub of emotional processing and arousal—changed. With each scenario, the more dishonestly the participant advised his partner, the less activated the amygdala was on the fMRI. That may be because lying triggers emotional arousal and activates the amygdala, but with each additional lie, the arousal and conflict of telling an untruth diminishes, making it easier to lie.” The Fascinating Reason Why Liars Keep On Lying

“Discreetly nestled away on the first floor of Colchester hospital is a bedroom with a full-width forest mural on the wall, a double-bed with purple floral duvet and a rocking chair in the corner. It is a room where parents spend time with their dead baby.” The bereavement midwife: Is this the saddest job in England?

“I have bitten my nails for as long as I remember. My fingertips are a state. These stubs won’t score frenzied red tracks down your back. They can barely feel anymore. I think I’ve eaten the very nerves, like vermin cutting through encased wire.” SKINPICKER

“And yet, as is often the case when it comes to the web, reality is not quite that black and white. As a female football fan myself, I feel lucky that my own encounters with overt sexism online have been few and far between. What I have seen plenty of, however, are deeply knowledgeable, funny and passionate football fans — who also just happen to be women.” How the web is helping women to find their voice in football

“A New Big Bad: There have been a lot of big, bad threats in all corners of the globe on Game of Thrones for the past six seasons, but the show is now winding down, we assume, to a single major conflict. This means that while all the heroes are likely amassing and readying themselves for battle on one side (see above), the threats will likely be winnowed down to one. And, sorry to say, there’s no way a scheming Lannister is the true big boss of Game of Thrones.Rumor has it there’s a big battle coming, and Cersei will probably be on the wrong side of it. What does that mean for Jaime? We can only guess.” The Game of Thrones Endgame Is Nearer than We Thought

“Working with the conservative estimate that vampires only need to feed once a month, Efthimiou and Gandhi looked at population stats and concluded that vampires would eliminate humans within three years. Put simply, they said, “vampires cannot exist, since their existence contradicts the existence of human beings.” (They also threw in a bit of sass: “Apparently, whomever devised the vampire legend had failed his college algebra and philosophy courses.”)” Here’s How Long it Would Take for Vampires to Annihilate Humanity