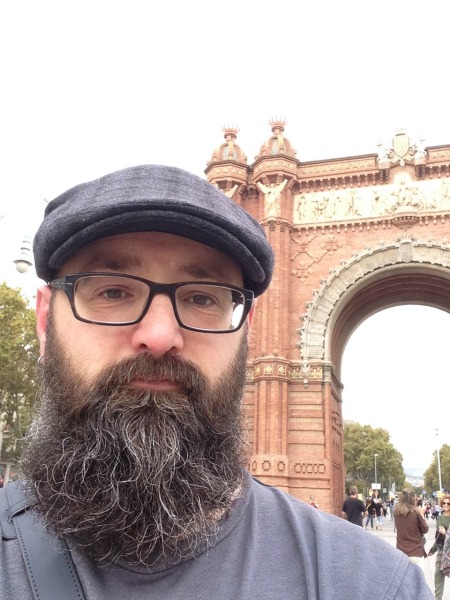 Another week and I’m still reading about the burkini ban. I’ve managed to write a little something on it but I doubt I’ll ever fully resolve my own thoughts on the topic. And perhaps this white man should find something more important to concern himself with.  A valid observation, but I doubt I’ll manage that anytime soon.

I have also been trying to read a bit about what has motivated so many people to support Trump. I want to dismiss him as a contemptible fascist, a mere Brexiter on a larger scale, but he is immensely popular. What have I missed in the world that I can’t comprehend this terrifying phenomenon? It is a theme I will probably be returning to often.

I hope you find my choices this week interesting and please consider subscribing to my blog so I don’t have to beat you over the head on twitter about it.

“We live in a materialistic society where people are very shallow and conscious about their appearance. I choose to dress this way because it gives me freedom. I don’t have to worry about strange men looking at my figure, desiring me in a sexual way or people commenting on the way I look and judging my looks or talking about my clothes.” Why we wear the burkini: five women on dressing modestly at the beach

“For almost 40 years, globally-oriented white elites used their money, power and influence to encourage mass immigration of cheap labor, overseas outsourcing and also the construction of an expanding system of racial preferences in education and employment. Working and lower middle-class whites bore the brunt of these policies that pitted them against minorities.” Why are so many white men angry?

“When the financial crash hit Ireland, decades of hard work appeared to be ready to unravel as unemployment soared. Subsequently, Ireland’s  government scrambled to secure the future of Irish banks and cut funding of social programs, including  unemployment and child benefits.” The next phase of Brexit: Will Ireland succumb next?

“Almost no one seems to be aware that even if the U.S. were a perfect country today, it would be bizarre to expect African-American players to stand for “The Star-Spangled Banner.” Why? Because it literally celebrates the murder of African-Americans.” Colin Kaepernick Is Righter Than You Know: The National Anthem Is a Celebration of Slavery

“In classical antiquity the Greek and Latin ancestors of the English word grammar were used in reference not only to the study of language but also to the study of literature. In the medieval period, Latin grammatica and its outcomes in other languages were extended to include learning in general.” The History of ‘Glamour’

“Humans are the most voracious consumers planet Earth has ever seen. With our land-use, hunting and other exploitative activities, we are now directly impacting three-quarters of the Earth’s land surface.”  New map shows alarming growth of the human footprint

“I definitely don’t want any woman to feel ashamed of having an abortion, but nor do I want anyone to feel pressured to do so – by their partner, their employer, their parents. All these things happen here, and in other countries. I can think of actual examples, but I can’t tell you about them.” Pro choice and pro life?

“I looked up and held his eye for a moment, the smile lighting my face. “She probably stuck it the same place I would if two macho guys were on my trail.” Everyone turned to me and waited expectantly. I looked from face to face, and then back to Striker. “I’d put it in the place every girl knows a man would overlook—the bottom of her tampon box.” I spooned more stew into my mouth.” EDC Tampons: How to Save Your Character’s Life