When A Column Is Not A Column 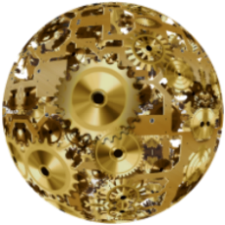 As you may know, I am back writing a column for The Kerryman. I originally gave it up because it was getting in the way of writing fiction. But I found that I missed it so here I am, again, trying to write approximately 570 Kerry-centric words a week about stuff that interests me. And already a large portion of my brain is taken up with viewing everything as a possible column.

Recently two different articles about the environment caught my attention so I began to do a bit research. The research led me to abandon my original idea and instead write about the research. I was very proud of what I’d produced. So I gave it to my first-reader who said I hadn’t written a column more I’d just shown my work. I of course argued with her. There is no one as thin skinned and over-protective as writer is about his writing.

Of course she was entirely correct. I didn’t submit it. But I really liked it, so I’m posting it on my blog instead. I hope you enjoy it as much as I did.

Sometimes I sit down to write a column and it flows from my fingers. This happened, these are my thoughts, you don’t have to agree with me, but I’d like you to at least think about it. On those days, beginning to end, could take less an hour. Then there are the columns that take days to write. But my favourite columns are when I sit down to write about one thing and end up writing about something else. This is one of those columns. I intended to write about the environment and ended up with a history lesson.

I’d read about a debate going on in certain scientific circles. Please don’t leave. There’s a movement to name this era of our planet’s existence the Anthropocene Age. The ‘anthropo’ parts means man and the ‘cene’ means new. They want the name of this age to reflect humanity’s impact on the planet. We are responsible for the Sixth Mass Extinction Event (Sixth?), we’ve changed the atmosphere and polluted the oceans. Since the 1990s we’ve destroyed one tenth of Earth’s wilderness or just over 680 times the area of Kerry, gone.

But you already know this. One would have to be deliberately ignorant not to know we’re destroying the only home we have. What I found fascinating is that I had never thought about how an age is defined and who does the defining. It’s mostly geologists by the way.

And that I was using the wrong term, it isn’t an age. The scientists are talking about an epoch; they want this to be the Anthropocene Epoch. An epoch is made up of ages. The epoch we are presently in is the Holocene. This literally means, ‘entirely recent’. Very imaginative. It began about 9,700 BCE and encompasses the entire period of human civilisation.

The Holocene is the most recent epoch of the Quaternary Period. Quaternary, means fourth. There was a Tertiary Period but apparently it no longer exists. Geologists can do that. This period begins approximately 2.6 million years ago and encompasses all the human species that have existed. That’s a phrase that isn’t used enough, all the human species.

But there’s more. The Quaternary Period is but one part of the Cenozoic Era. My computer doesn’t even recognise that word. Cenozoic means ‘new life’ and begins about 66 million years ago. This era is also called the Age of Mammals and Age of Birds because that’s when we got our big chance to flourish. We got this chance because of the previous Mass Extinction Event that took out the dinosaurs. That asteroid ended the Mesozoic Era.

The time before this is called the Precambrian Supereon and begins about 4.6 billion years ago when the Earth was formed. It’s the longest period of time in our planet’s existence but obviously it’s the part we know least about.

Now that is a history lesson on the largest scale, with a lot of Greek thrown in for good measure too. But what occurred to me as I was writing this is that regardless of what we call today, the next species will certainly call it the Anthropocene Epoch.