This Is What I Believe 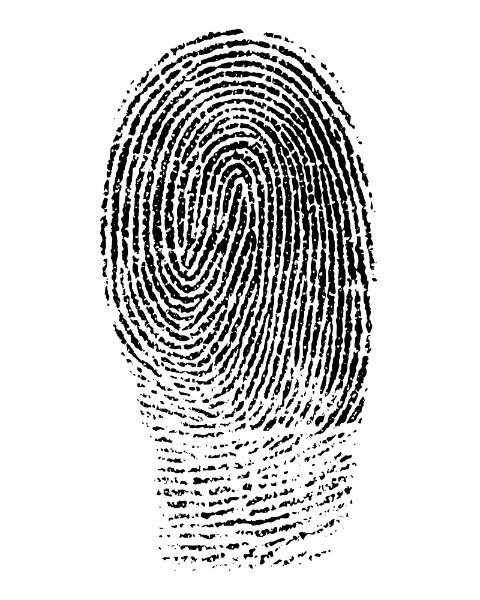 I’ve spent a week, many thousands of words, over several failed blog posts, trying to sort out my thoughts on the recent dispute within the Irish left. Some working-class white men (of the left) have attacked Identity Politics. Some women (of the left) have responded by calling on men (of the left) to recognise and accept the privilege afforded them as men. It has become quite nasty. There has even been poetry.

The tag line of my blog is ‘less about the world and more about me’ so please understand this post is just me trying to work out me. I’m a straight, able-bodied, working-class, white man. Until very recently I was on the right of the political divide. Socially liberal yes, but very conservative on the economy. And while I retain the belief that tamed capitalism is safer and better (mostly for me) than either neo-liberalism and socialism, I do now consider myself to be of the left, even if just barely.

If a gun was put to my head and given three seconds to decide what ideology, in its purest form, was to be imposed on this world for the next several centuries, I would say, libertarianism. That is who and what I am at my most base level. And even though I know intellectually that libertarianism is a one-way ticket to dystopia, it is the ideal that has most influenced my values.

My thoughts on sexual and reproductive rights, gender and sexuality rights, nationalism, police powers, the death penalty and torture all have their genesis in libertarianism. Simply put, I was of the opinion (and still am) that a State that takes for itself the power to say a man may not marry another man, or a woman does not have physical autonomy or we must swear allegiance to a flag, can similarly insist that men with blue eyes are to have their ears chopped off, women over six-foot-tall are to be burned as witches and that we will invade the country next to us because they think their flag is prettier than ours.

It was a libertarianism leavened with Enlightenment universalism and a faith in the perfectibility of our species. I just do not care about your race, ethnicity, nationality, culture, religion, language, gender, ancestry, sexuality, age, physical or mental abilities, ideals, place of birth, place of residence, class or profession. There is one human race, one planet and each of us has but one life. And given the opportunity to thrive, we would do so.

They are good values. They are values I’d comfortably put against the most socialist of socialists and not feel overmatched. The problem, however, begins with practicalities. I remember when gender quotas were first suggested. For some reason, and I don’t remember how or why, I didn’t rely on autopilot. I did a bit of reading. The logic of gender quotas was, to me, inescapable. Leave things as they are and half the population of this nation would probably never achieve the level of representation and power their numbers would suggest they are entitled to. Someone, and in this case, it would have to be the hated State, must interfere in the natural order, if things were to ever improve.

Because of some of the people I was speaking to at that time, I began to read a little about feminism and intersectionality. I remember feeling very uncomfortable about intersectionality. Again, the logic of it seemed to me obvious and consistent. The problem of course is that it is socialism in its purest form. Shudder. And then I began to read about privilege and Identity Politics.

And the crash happened. The economy was run off a cliff. I’d supported every single policy that led to the crash. I was tempted to excuse and interpret and pretend but the facts were the facts. I could no longer sustain the belief that the State does best when it does nothing. I realised that left to our own devices, we will run the economy over a cliff every fucking time we get the opportunity. You just can’t trust people. I was forced to accept that the State is the least bad entity for interfering with an economy for the purposes of turning it away from that cliff. The least bad entity for using the spoils of that economy to ensure that everyone has a place to live, access to education and health services, and if they need it, extra supports.

You just can’t trust people. And you can’t trust the State. So, who do I trust? That’s been my struggle for the last couple of years. It’s why I am now, a former member of both the Progressive Democrats and Fine Gael, on the left, even if just barely.

And yet none of this explains privilege. I don’t like admitting to my several privileges. There was a time I was one of them capital ‘A’ kind of atheists. There’s nothing more appealing to a straight, white man than the opportunity to play at being in a minority. I got to speak in schools and on the radio and write endless blog posts about the oppression I was experiencing. I still shudder with pleasure at how liberating it was to feel oppressed. I don’t care how much empathy or imagination you have, you’ll never know the luxuriant pleasure there is in playing at being oppressed.

And the only reason I’m not now a small ‘c’ conservative, supporting lower taxes and struggling to hide my scorn for those living off of my taxes is that I’ve had to accept that not everyone gets to grow up bullet-proof like me. And I hate it. I sometimes long for that lost ignorance. I hate the struggle to understand that I’m not normal, only fortunate to have been born when and where I was born. And the gender I was born as. I hate struggling to understand that I’m not special, merely the product of what has always existed and continues to exist.

Take away normal and special, all that’s left is result. And that is anathema to ego.

When I was right-wing I had a naive faith in humanity both individually and as a species. A belief that given the correct circumstances, a rational and enlightened self-interest would save our species from its prolonged and unnecessary squalor, both material and intellectual. If we could just shed the nonsensical divisions of nation, tribe, sexuality, religion etc and instead embrace true universalism then our species might finally have a chance at real social progress, end poverty, deal with climate change and stop all wars etc. You know, utopia and shit.

I’m no longer that idealistic. Our species continues to be resolutely nasty and brutish. And I avoid most of that nastiness and brutality because I’m male, white and straight. Yes, I’m working-class, but I have to look very hard and in some very odd places to find myself oppressed.

For most of my adult life I’ve believed in the inevitability of progress; social and material. There was never a time in history that I would have preferred to live in than the present day. Never quite getting that this Golden Age is reserved for only those people who look like me. I require nothing to be sacred, nothing to be safe, there are no words that can wound me and I live always expecting to be treated with the kind of respect I’d thought was everyone’s experience. And I have that dislike for Identity Politics that only a straight white man can have.

I don’t need anything to be sacred, I don’t require safe spaces and there are no words that can wound me. That’s not normal, that’s just my inheritance. I want it to be normal. That desire is now what animates whatever future activism I may get involved with. I’ve given up on utopia, even given up on our species, but I’ve a few more decades left and I’d prefer dedicating at least some of that time to making me and my bullet-proof life normal.

And while I think Identity Politics gets in the way of that probably unattainable goal, I can’t, in good conscious, expect anyone who inhabits those identities to give them up. I’m 43 and I’ve never suffered for being who or what I am. How can I expect people who do suffer for merely existing to shed one of their most important protections just to join me, and people who look like me, in a frankly quixotic attempt to make my privileges the privileges of all?

What kind of madness would it take for someone who doesn’t look like me to try surviving, even in our more liberal West, without someone or something always having your back? I’m white straight, working-class and male. I am so privileged I struggle to even imagine what it must be like to need an identity. I’m a white, working-class man and I’m privileged as fuck.