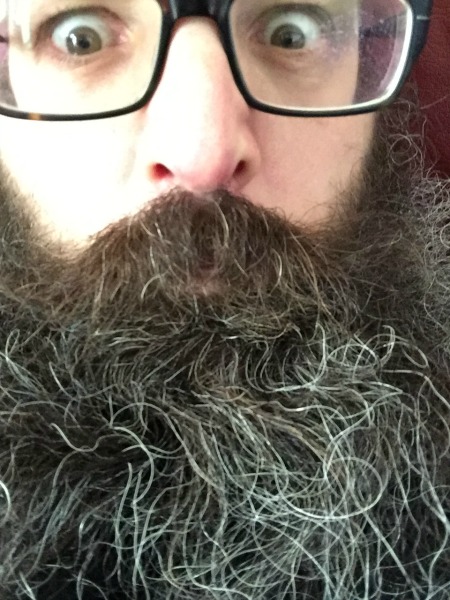 Oops, I missed last week. So this is Weekly Links #19. Been a busy few weeks, not a very productive two weeks, more stuck doing grown up stuff and feeling sorry for myself. Did read a lot of interesting things though, so not a total loss. I’ve also decided to avoid Trump nonsense in this weekly round up. I find that I have begun to grasp at straws, that he’ll resign, there’ll be a successful recount, an alien invasion. I think I’ll just pretend the world isn’t falling apart. I can get back to that after Winterfest.

“What’s more, a “common theme” researchers found is that people under 30 who identify as lesbian, gay, bisexual, or transgender are more likely to witness and/or experience online abuse, and therefore more likely to self-censor what they post online. And the same holds true for young African-American internet users.” Women and Minority Groups Self-Censor Online to Avoid Harassment, Study Says

“The ethicists all agreed that no, punching fascists is neither moral nor ethical, even if it makes you feel better about the rise of the alt-right. They emphasized that anti-fascist violence often ends up empowering those regimes, and can be used as an excuse to expand fascist power — a trend that bears out throughout the history of anti-fascist violence from Benito Mussolini’s Italy during World War II to Argentina in the early 20th century.” Is it ethical to punch a neo-Nazi? We asked the experts.

“After a vote in the Polish parliament in April, Our Lord Jesus Christ was officially crowned the king of Poland last weekend. You might think you’ve accidentally landed on a fake news site, but you didn’t. It’s true, Jesus really does rule Poland now.” Jesus Christ Is Now Officially the King of Poland

“The research confirms previous animal studies suggesting that social status affects the way genes turn on and off within immune cells. The new study, appearing Friday, Nov. 25 in the journal Science, goes further by showing that the effects are reversible.” Upward mobility boosts immunity in monkeys

“In the “dual labour markets” of Japan and southern European countries, older men have secure, skilled, well-paid jobs for life, while women and younger men have insecure, low-paid, low-skilled jobs. But in America and Britain, where labour markets are deregulated, this distinction is fast disappearing as manufacturing jobs are outsourced to developing countries and routine skilled jobs are automated away. The labour market “reforms” beloved of institutions such as the IMF level the playing field for insecure workers not by making them more secure, but by destroying the security of those in employment.” Why the changing nature of work means we need a Universal Basic Income

“The 2.52 billion-year-old sulfur-oxidizing bacteria are described by Czaja as exceptionally large, spherical-shaped, smooth-walled microscopic structures much larger than most modern bacteria, but similar to some modern single-celled organisms that live in deepwater sulfur-rich ocean settings today, where even now there are almost no traces of oxygen.” Life before oxygen

“The site was occupied about 9,000 years ago when the level of the Baltic Sea was about 10-12 metres lower than it is today, Anton Hansson, a PhD geology student at Lund University in Sweden told IBTimes UK.” Underwater Stone Age settlement a haven for fishing – and yields mysterious elk-antler pick axe

“Now, it may be that these statistics simply indicate that modern women are just exerting more control over when and under what circumstances they become mothers. To a large degree that’s true. But it doesn’t jibe with an even more shocking reality: that half of pregnancies in the United States are unintended. Once you factor in the abortion rate and pregnancies that end in miscarriage, we’re left with the rather surprising fact that one-third of babies born in the United States were unplanned. Not so surprising, however, is that the intention to have children definitively impacts how parents feel about their children, and how those children are treated — sometimes to terrifying results.” Not Wanting Kids Is Entirely Normal