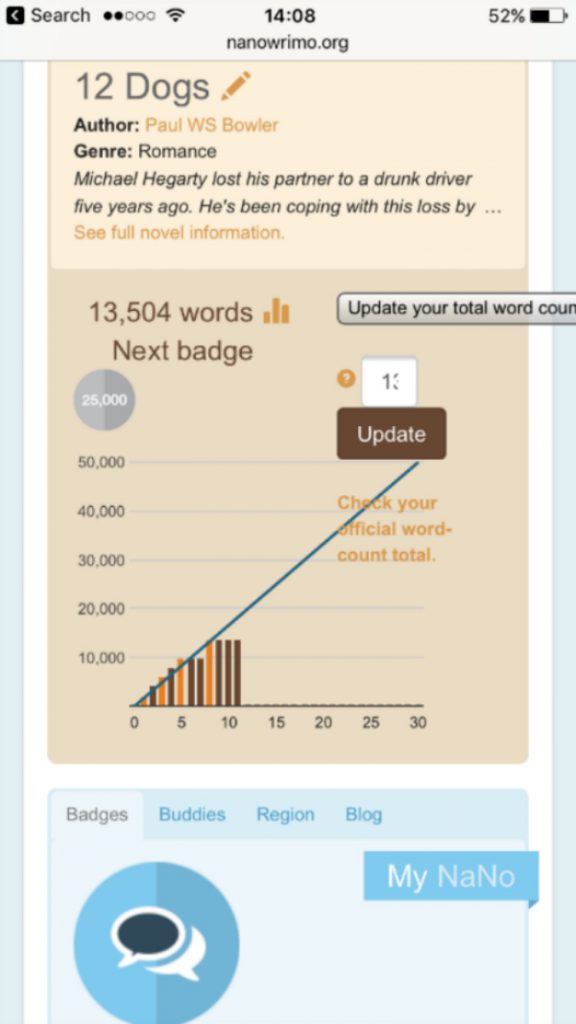 Well they did it. They actually did it. They voted to make that clown the most powerful man-child on the planet. Appalled doesn’t cover it. There will be a million articles that seek to understand why this happened and how pollsters got it so wrong and why the apocalypse will be orange. I’m only going to offer one this week. This is by Kenan Malik. I read a lot of stuff by Kenan Malik. I think you should too. But anyway, he blames identity politics.

Besides stocking up on canned goods I’ve been tipping away at NaNoWriMo. As of today I’m a little behind, but I can’t blame that entirely on Trump. Mostly, but not entirely. I also had a bit of food poisoning, some activism to do and the dog ate my homework. But after Sunday I have a whole week free to catch up and maybe even get a little ahead.

As always feel free to subscribe to my blog and have a look at my fiction that’s available on Amazon.

“At first sight all this seems to give weight to the ‘whitelash’ thesis, the idea that Trump rose to power on a wave of rage from white, male Christians. The real story is, however, more complex. If we look not at the aggregate figures but at the shifts in support, we can tell a different story.” how america got trumped

“Reactionaries are not conservatives. This is the first thing to be understood about them. Conservatives have always seen society as a kind of inheritance we receive and are responsible for. The healthiest way to bring about change, the conservative believes, is through consultation and slow transformations in custom and tradition, not by announcing bold reform programs or inventing supposedly inalienable individual rights. But the conservative is also reconciled to the fact that history never stands still and that we are only passing through. Conservatism seeks to instill the humble thought that history moves us forward, not the other way around. And that radical attempts to master it through sheer will bring disaster.” Our Reactionary Age

“I hoped that the trend would fade as quickly as it had come to prominence. Instead, the memes went viral. For nearly two years now I have tracked the trajectory of the ‘Irish slaves’ mythos online and in that time the memefication of this myth has reached unprecedented levels of visibility and popularity across the social web, primarily in the United States. Google searches for the term ‘Irish slaves’ have exploded since October 2014, with September 2016 as the highest month on record so far.” Two years of the ‘Irish slaves’ myth: racism, reductionism and the tradition of diminishing the transatlantic slave trade

“When Trump, for example, suggested that “you can take the baby and rip the baby out of the womb in the ninth month on the final day,” he appears not to realize that the term for that — and it’s done considerably less violently — is a Cesarean section, a common, safe procedure by which about a third of women deliver their babies every year. In other words, Trump described how more than a million women every year give birth. It’s quite legal, and generally a cause for celebration.” No, Late-Term Abortions Don’t ‘Rip’ Babies Out Of Wombs — And They Exist For A Reason

“To what extent is radical right-wing popularity fueling this backslide? Certainly in Poland the message is clear: The nationalist ruling party seeks to quash women’s reproductive rights under the guise of so-called Christian family values.” Why the Rise of the European Right Spells Doom for Reproductive Health

“Britain has long argued that the EU’s pensions are too generous and pensions are one of many areas where complex joint liabilities will need to be unravelled. Failing to find a solution could put at risk pension payments to about 3000 UK officials who have worked in the EU institutions, including the Commission and Parliament, since 1973.” Brexit triggers row over British EU civil servants’ pensions

“The call to action was more political than humanitarian. America was slowly emerging from the Great Depression and, although unemployment was gradually dipping, it still stood at a staggering 19 percent. Roosevelt found himself facing the twin pressures of isolationism and overt anti-Semitism. The later had spiked in the l930s with the advent of a string of anti-Semitic publications and the popular anti-Semitic radio addresses of Charles Coughlin, a Detroit Catholic priest. Father Coughlin had a following of more than forty million, and the Catholic hierarchy made no attempt to silence him.” that proud history of welcoming refugees