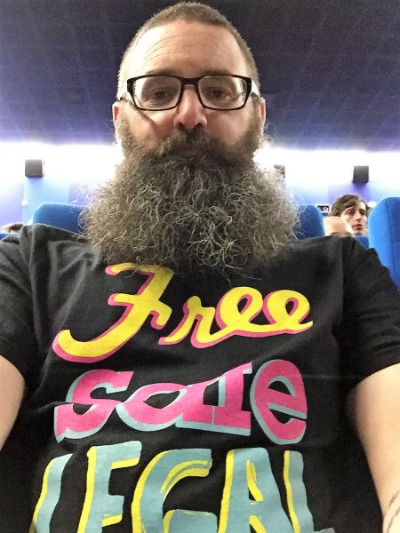 Another week of things that the twitterverse pushed me to read that I’m glad I read. This week I’ve read articles that cover Trump and his nonsense, the struggle of abortion providers in the US and Deep Space Nine. I’ve also been reading a lot about Mother Teresa who was canonised this week. There are few figures as divisive as Mother Teresa and I say that in a paragraph that includes Donald trump. But the highlight is that DS9 article about Garak. Now that’s a man I’d vote for president and sainthood. Mostly because he’d know if I didn’t.

“If we could engineer things just right, only allowing in those who have skills that are lacking in the U.S. workforce or who seek to fill the professions for which we have shortages, we could add immigrants and make the country richer, and no American would have to lose a job or get a cut in pay.” THE TRUMP IMMIGRATION IDEA THAT ALMOST MAKES SENSE

“There are, however, two groups of people who really do commit crime, especially violent crime, at wildly different rates: Men and women.” A modest proposal: Trump has it all wrong — to prevent crime, we need to do some “extreme vetting” of men

“If she wins on 8 November, Clinton will be the most disliked president-elect ever. And that is a small ‘if’, thanks to the epic anti-popularity of Trump (he scores a whopping 44 per cent on the unfavourableometer) and the self-destructing beast that is the Republican party in 2016.”  The power of Hillary hate

“Curious, I inquired how many were history majors. Of the 24 honors students in the seminar, there were none. English? Philosophy? Fine arts? Only one. How was this possible? I asked. Almost in unison, half a dozen replied: “Our parents wouldn’t let us.” Meet the parents who won’t let their children study literature

“Since 1996, the prices of food and housing have increased by close to 60 percent, faster than the pace of inflation. Costs of health care and child care have more than doubled. The prices of textbooks and higher education nearly tripled.” The things we really need are getting more expensive. Other stuff is getting cheaper. Why?

“Both the Teamsters and the UFCW have organized dozens of marijuana-related businesses in several states, with contracts that guarantee everything from pension plans to tuition reimbursement for employees and their offspring.” High times: How will budtenders and trimmigrants fare if pot is legalized?

“Mid-20th century phenomena, such as carbon dioxide emissions, rising sea levels, the global mass extinction of species and deforestation, have ended the Holocene epoch, the scientists said. The Anthropocene would be defined geologically by the effects of nuclear bomb tests, plastic pollution, concrete and more, according to scientists.” Scientists Say a New Geological Epoch Called the Anthropocene Is Here

“She sees patients who are uninsured, and when they can’t afford the medicines she wants to prescribe, she figures out another treatment plan. What she doesn’t do at the hospital is perform abortions. Only two clinics in Utah have found their way through the maze of restrictive laws that govern abortion care in the state—and so, to do that part of her work, Torres spends a Saturday each month at one of them, helping people end their pregnancies.” What Is It Like to Be an Abortion Provider in an Anti-Choice State?

“The proceedings took significant steps toward restoring the radical pacifist message of the Gospels that had been largely abandoned when the Emperor Constantine, in the fourth century, adopted Christianity as the official doctrine of the Roman empire — turning the church of the persecuted into the church of the persecutors, as historian of Christianity Hans Küng described the transformation.” Burkini Bans, New Atheism and State Worship: Noam Chomsky on Religion in Politics

“There is simply no excuse for an institution run by the Catholic church to lack basic hygiene and to be reusing syringes, or for a hospital for the dying run by an arm of a very wealthy organisation to fail to provide pain relief, and for this state of affairs to be carrying on for years.”  Not exactly Mother Teresa

“At the time of her death, Mother Teresa had opened 517 missions welcoming the poor and sick in more than 100 countries. The missions have been described as “homes for the dying” by doctors visiting several of these establishments in Calcutta. Two-thirds of the people coming to these missions hoped to a find a doctor to treat them, while the other third lay dying without receiving appropriate care.” Mother Teresa: Anything but a saint…

“To say that little hearts were now appearing in my eyes would be something of an understatement. You need to imagine roughly a million hearts and about a thousand arrows fired by a whole company of Cupids. You have to imagine orchestral swell. I’d met Garak.” All True, Especially the Lies—Or, How I Learned to Stop Worrying and Love Cardassia