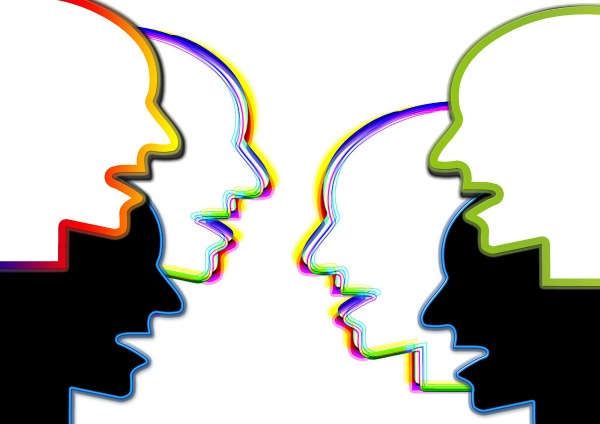 Easy to do, I just need to leave the internet, stop reading newspapers and not speak to anyone ever again. I’d considered only speaking about the weather but even that is political now. How do I respect the Free Speech of those who deny Climate Change and how do I maintain my poise of Political Correctness when speaking of the dim-witted people who believe these self-serving charlatans? I can’t even ask after someone’s health for fear they will prove to be believers in woo.

Where it gets horribly complicated is when discussing Islamic violence perpetuated, against Europeans, in our very cities. Some feel more comfortable calling it a manifestation of evil. That smacks of magic to me so I cannot take that person seriously. Some find comfort in labelling it a symptom of mental illness. I’ve had mental health issues, I know people suffering mental illnesses and they do not look for relief by murdering people. No evidence exists for it being a factor, so please take your false comfort elsewhere. Some say the problem is Islam itself. Then we would have 1.2 billion suicide bombers to worry about. It’s an explanation that smacks of chauvinism and opportunism. Not buying it. Don’t want to listen to you.

Then there are those who want to blame the Americans. This might be the beginning of an interesting conversation. There are two types of people who make this claim. There are the weird and semi-literate types that blame America for everything, including fluoride and keeping alien incursions secret. Fuck them and their nonsense. And then there are the ones who know a bit. While they may still suffer a reflexive anti-Americanism, they know American foreign policy was a factor and not the sole cause for someone murdering people in Brussels. And the key point here is that reflexive anti-Americanism is less problematic than being a reflexive anti-Muslim. This is not inconsistent; it is Political Correctness. The Americans can take it; too many Muslims live in precarious situations for the same to apply to them.

One can have a long and possibly productive conversation on the basis of it being entirely America’s fault. Of course this will only be productive if the causes and blame is spread a bit further than just US foreign policy. It’s a conversation I would have on Twitter and not be concerned by who might be watching. Yet when Trump targets Muslims to enhance his particular brand of strong-man-here-to-save-the-day, part of me wishes he could be silenced. Especially as it encourages others to echo his words and thoughts. Much like the upsurge in anti-immigrant violence that followed Brexit, baser instincts are always looking for an excuse to let rip. Powerful people and movements attacking minorities provide that excuse. Simplistic explanations for Islamic violence in Europe (as Europeans we obviously don’t care that much about violence in Muslim countries) paints targets on the backs of our Muslim neighbours. Political Correctness is one of the tools at our disposal to keep those targets off of them. But we do need to discuss Islamic violence in Europe, because, you know, one day I’d like to see it end.

And the reality is, understanding this violence isn’t terribly complex, it’s simply a combination of; American foreign policy, European foreign policy (past and present), neoliberalism, globalisation, oil, Sykes-Picot, the fall of the Ottoman Empire, nationalism, religion, sectarianism, racism, sexism, oppression, dictatorship, easy access to arms, Israel, the Cold War, Russian foreign policy, demographics, radicalisation, technology, young men, old men, culture, education, unemployment, Climate Change, the refugee crises (that’s the plural for crisis by the way), this global recession and probably a dozen more factors I haven’t thought of. So all one has to do is unpick this Gordian Knot and, hey presto, problem solved.

Do I even know where to begin? Fuck no; they are issues that need addressing by people smarter than me. And it will require the freedom to criticise, to question what some consider sacred, to expect change and to demand values be altered. Fortunately, my job, as a nobody who spends too much time on Twitter, is simple, I just have to make sure I’m saying and doing nothing to paint targets on the backs of my Muslim neighbours.