A Few Thoughts on Brexit 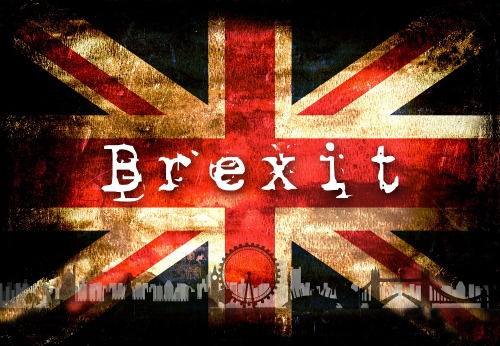 I’ve been trying to understand the decision of the UK electorate to leave the EU. I’m tempted to dismiss those 17 million people as stupid, mad and racist, but while I think they are, I know that there’s more to it than that.

I’m a Europhile. There was a time I’d imagined the EU expanding to include all of continental Europe, its islands, the Middle East and North Africa. The logic of union always seemed obvious to me. Surely in late 20th and early 21st century Europe, nationalism would be seen for what it is, ancestor worship mixed with racism.

I was wrong. Nationalism and racism remain the norm. But I can’t blame Brexit on this ideology alone. I wish I could. We must look at another ideology. Another destructive belief system, neoliberalism. A system so successful few even realise it exists, nor its impact on their lives.

Neoliberalism is an ideology of unrestrained capitalism, of a reduced State and the belief that the creation of wealth by a few, is enough in and of itself, to improve everyone’s lot. It hasn’t worked. There has certainly been more wealth created, but whole swathes of the US and the UK have become economic wastelands. But its influence can be seen in the move right by social democratic Europe.

I offer this criticism of neoliberalism not as a lifelong social democrat. Far from it. For most of my adult life I was a believer in neoliberalism. I even flirted with libertarianism and knocked on doors for candidates hoping to reduce the size of the Irish state.

Though I am working class, I’ve not been a victim of globalisation. I’ve never experienced poverty. I’m old enough to have received a free education, I’ve a good pension waiting for me, I’m protected by a strong labour Union and an ironclad contract of employment, I can afford private health insurance and my mortgage is manageable. I do not know desperation. I do not need someone to blame or hate or fear.

The galling thing is that the diminution of borders and national sovereignty has been to the benefit of neoliberalism, which sees the world as a market and communities as customers. Yet this deepening Union has also made war impossible to imagine.

But because a European war is unimaginable a united Europe has lost its lustre. We could address this by teaching our children to form an emotional bond with the EU, much as we instil nationalism in them. The very idea of it makes me shudder. Loyalty is a dangerous animal. What I’d prefer is for the EU to earn only the respect of its citizens.

Respect isn’t a thing of flags or curriculums. It is the decades long, boring work of ensuring that every citizen enjoys a standard of living that makes desperation an unfamiliar paragraph in an unread history book. The EU remains one of the most fabulously wealthy entities that has ever existed. This should be reflected in the lot of those with the least. At present it isn’t.

The EU has ended war in Europe, to survive it now has to end desperation. And I have to stop dismissing all those Brexiters as stupid, mad and racist.