Well I finally did it.

Well I finally did it. I ticked another item off my ‘oh my Gandalf I’ve turned 40 and I’m going to die’ Bucket List. On Tuesday, November 4, I performed a five minute stand-up comedy set in the Ha’Penny Bridge Inn. 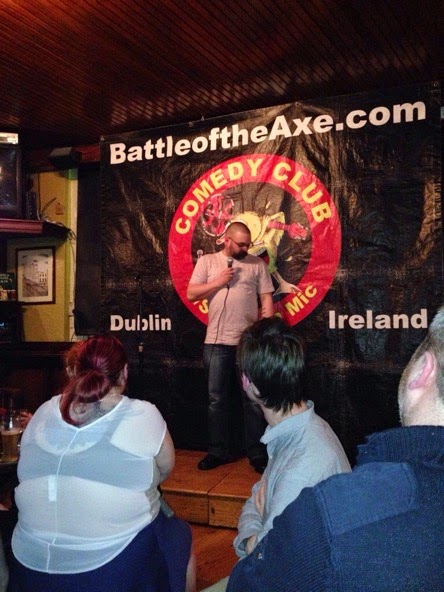 I’ve been going on about this event for weeks. I shudder to think about how many people must have muted me, on Twitter, to protect themselves from my incessant neediness. On the night, despite my near overwhelming nerves, I could not help but be moved by the wonderful, generous and beautiful people of Twitter who turned up in such large numbers to support me.

Not only did the denizens of Twitter show up. Friends and family, from Dublin, Meath and Kerry did me the great kindness of paying good money to endure what could’ve been an immensely uncomfortable disaster. In attending, some of my family did experience an excruciating calamity. The MC, Ruairi Campbell, realised Kerry people, all related, were in attendance. Kerry jokes about cousins abounded 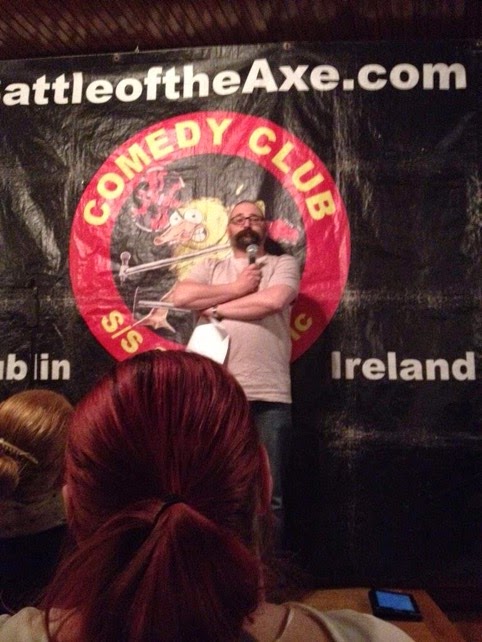 The night began with an improv group. I found myself tuning out as the realisation hit me, I would actually be standing up to make a roomful of people laugh. I tuned back in when the excellent Eleanor Tiernan did a few minutes of new material. She was very funny. Then I tuned back out. Ordinarily I might have tried some Dutch Courage, but an experienced comedian had advised against it. I suppose being a shambles is forgivable, but being a drunk one is just downright disrespectful.

I had prepared a seven minute set, but as things were running late, we were asked to reduce our sets to five. I gotta say, this really worked in my favour. I was so nervous I forgot bits. This led to my timing being perfect as part of my act involved relating a particularly filthy story about me, which would be interrupted by a timer I had on stage. The problem was, people took it as a genuine interruption and urged me to continue. I had to explain I never intending telling the story.

What I remember of the performance itself? Expending a great deal of effort on appearing calm. Remembering a lot more of my material than I thought I would. Thank you to the comedian who told me to rehearse. A lot. And even then, I think I should have rehearsed more. I remember the laughter but I wasn’t in the moment enough to really take it all in. And I remember the applause at the end. 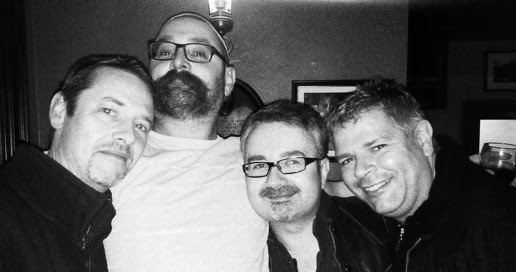 I went outside to calm down a bit, then returned to watch the final comic, Oisin Hanlon. Now he was genuinely funny.

When we had all done our bit, the MC did the ‘victory by acclaim’ thing. More than half the people left in the room were friends and family of mine, so victory was assured. Though it was a close run thing. Oisin was that good. I even got a certificate, which I will be framing my certificate. 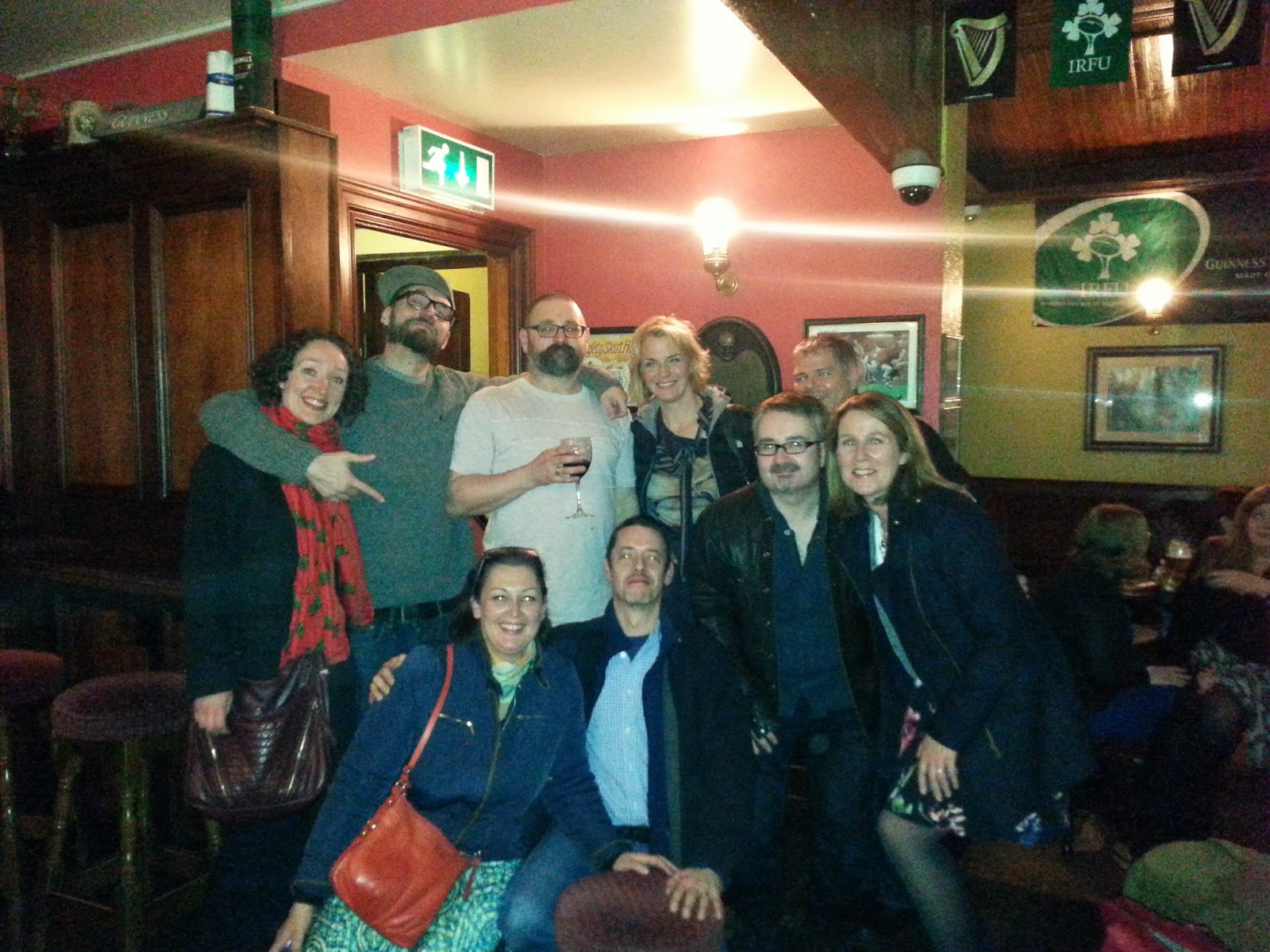 Then I got to thank everyone who turned up. Some weren’t surprised it went well. Others were hugely relieved I hadn’t died on my arse. My partner could finally admit how nervous she had been a fact she’d successfully hidden from me from the very moment I embarked on this ridiculous venture.

I couldn’t relax for hours after. It was a wonderful adrenalin rush. I now understand why comics would choose (or be drawn against their will) to a way of life that is so financially precarious.

What have I learned? First and foremost, I learned I have the coolest friends on Earth. That memory will stay with me forever. Second, I’m really good at appearing calm, even when I’m shaking with nerves. Third, I can write stuff that’s funny. As long as it’s about my deteriorating body. Finally I learned I want to do it again. I want to do it again, but be more aware of the audience and more aware of how I am feeling when I am on stage.

So that’s it. Another item ticked, a new experience experienced, something new learned, and most importantly, a new item added to my over all Bucket List; finding out if I can be any good at stand-up comedy. Well not exactly good at it, I’ll settle for being on stage and not being so nervous I have to shut down whole parts of my brain.

The very kind Ruadhri Ardiff recorded my few minutes. (May not be safe for work, depending where you work) 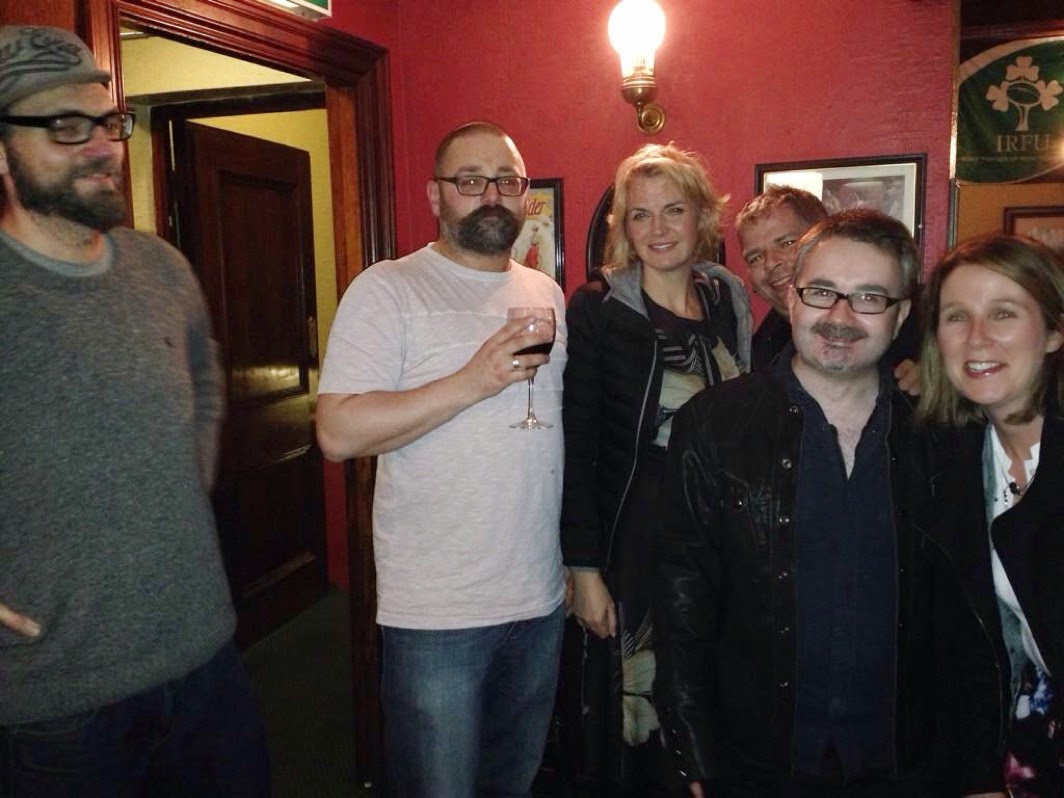