Shamrock In The White House 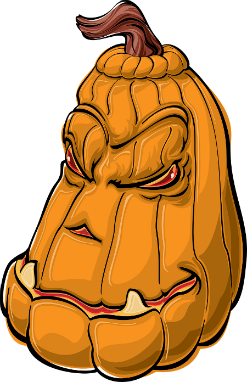 I have a sneaky regard for Enda Kenny. He’s the kind of bland politician I like to see in my democracy. He entered the Dáil just one year after I was born. I have a grey beard, so that tells you how long he’s been a public representative. And in all that time he hasn’t said or done anything that could be remembered the next day, never mind ten years from now. He has the charisma of magnolia paint and the searing oratory of an awkward father of the bride. He is, to belabour the point, bland.

He probably has some ideological convictions. I’m not sure what they are because he has the decency to say nothing that could be construed as a guiding value. Yet one does get the impression, that while his primary focus is keeping his constituency sweet, he would like to see Ireland do well. If whether he can distinguish between the people who live here and the corporate entity known as Ireland, I have no idea. But I’m almost certain he knows that if his legacy is to be more than being Taoiseach for longer than expected, Ireland (or the people who live here) will have to feel (and feel is more important than reality) that things are better because of him.

Retaining his seat for so long has taught him some kind of electoral cunning. Or has he won that often because he is cunning? I don’t know, but he knows his people, especially if they are Mayo people. He may not wear his values on his sleeve but he knows what values are continually winning him re-election. And he knows what he thinks is best for Ireland Inc. So, when he happens upon a moral pickle he’ll do the math and act accordingly. He may not do it consciously. I’m sure that being a politician this long means it takes no more than split second to decide what to do.

For example, should he go to Washington, cap in hand, bowl of shamrock in the other, and prostrate himself before the Orange Monster now stinking out the White House? Let’s look at the math. The Bigly Bigot has targeted Muslims. How does that impact on Ireland and the people who live here? It has certainly generated a lot of outrage but mostly among people who wouldn’t vote for Enda anyway. Will Ireland Inc. be tainted by this crawl to the Big House? Possibly, but weigh that against the risk of US companies being directed by the thin-skinned buffoon to divest.

Do we really care that much about Ireland’s reputation that we’d risk some sort of economic pain for taking a moral stand? A moral stand for Muslims? A moral stand for refugees we don’t really want to help either? Yes, we have a history of fleeing our nation and seeking salvation in the US but that only happened in history books so it doesn’t count. So, the math is simple, Enda will certainly go to the US and kiss the ring on those tiny orange fingers.

Those of us who think this an embarrassing endorsement of sectarian populism have to do our own math. Enda won’t lose a single vote for playing the peasant supplicant for Ireland. Many among our families, friends and neighbours don’t see how a US ban that targets Muslims makes the world a less safe place. I’m not talking about the common or garden bigots who laud the Orange Monster’s actions, but the majority who don’t see why Ireland should care about what the US does to Muslims as long as they invest in our little country and look after our relations who are in the US illegally.