What about the menz? 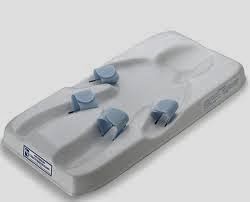 Imagine if you will, strapping down a baby using a device like the one pictured above. Then carefully but painfully pulling the little toe on its left foot away from the toe next to it. Then, with no anesthetic, cutting that toe off. There is nothing wrong with the toe.

The restrained and non-verbal infant can only scream in pain. It cannot defend itself, it cannot reason with the doctor. It cannot even have the procedure explained or justified to him.

Now further imagine that this painful and unnecessary mutilation was done at the behest of the baby’s parents. They may even be celebrating his mutilation. More often than not though, they have requested this mutilation be done because everyone they know does this to their infant sons. Ten-toed men are so rare they are considered to be gross by many women.

Parents have to do some difficult things. They have to take their children for vaccinations. They have to hold their baby while a doctor sticks a needle into that tiny trusting child. How incredibly upsetting for a parent that must be. It goes against every instinct a parent has. The parent will only consent to this deliberate infliction of pain because a vaccination has long term benefits for their child.

Imagine again, the little boy strapped down and defenseless, as a doctor or religious representative mutilates it, with parental consent. How do we explain this aberrant behaviour? A normal person, a good parent, could only embrace such an attack if they genuinely believed it to be normal, acceptable, no big deal, consequence free and it was what happened to them as a baby. It could only happen if the parents’ culture normalised such harmful behaviour.

It requires one more element though. The culture must not only deem mutilation to be a good thing, it must in every way objectify children. They must reduce children to possessions. The possessions of their parents, their culture, their society and their god.

In the US, genital mutilation of little boys is all pervasive. What began as primitive religious observance, slowly permeated all of society, became a medical imperative and is now industrialised. It is worth billions of dollars to the medical profession. And to question this elective cutting of little boys is to be consigned to the margins of polite society.

Why is this important? What harm is done?

The harm exists on two levels. For the vast majority of little boys who are mutilated, they will only suffer a significant loss of sensation. A tiny few will suffer catastrophic consequences due to unhygienic conditions or untrained partitioners doing the mutilating. But if done in a hospital, chances are there will be no complications.
The harm done, though significant, is tiny when compared to what a girl suffers when her genitals are mutilated. So why mention them in the same breath?

The majority of practitioners of Female Genital Mutilation are women. They have so successfully internalized the logic of FGM that they willingly inflict this abomination on their own daughters and on the daughters of their neighbours.

One can only hope to understand the normalization and propagation of this pathological cultural practice by reference to our own legitimizing cultural mores. We can only hope to eradicate this vileness by imposing new values, by changing the cultures that harbour FGM.

There are only certain limited ways to do this. We can drop bombs on the heads of every man who supports FGM and every woman who cuts (not likely). We can accept every girl from regions where FGM is prevalent as refugees (I’d support this one). We can link aid to changes in the ‘native’ culture (I bet the cultural relativists on the left will love that one).

Or we can first change ourselves so that we are models and exemplars of a culture that recognises the individual freedoms of children and their right not to be irrevocably harmed.

Now our culture normalises one kind of mutilation because we are used to it, because it’s awkward to take on religious people and because children are the possessions of their parents.

By normalising one form of mutilating children we allow grounds for the justification of all mutilations. We are denying ourselves the moral, intellectual and even cultural high ground from which to attack and destroy the practice of FGM.

How do we hope to take on the practitioners of mutilation in far off countries when we are too afraid to take on our own?