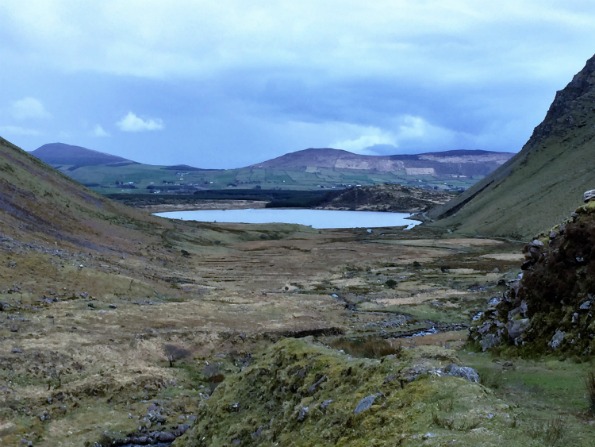 I have some sympathy for Kerry County Councillor Thomas McEllistrim’s (Fianna Fáil, natch) call for a formal invitation to be extended to Donald Trump to visit our beautiful Kingdom. Whatever misgivings we snowflakes may have about this orange menace, Councillor McEllistrim is doing his job.

The first is to protect his positon. And protecting means ensuring re-election. The councillor must keep a weather eye on his municipal rivals both from within and without his party. But ultimately, he looks to his advancement within the ranks so that one day he may leave the Council behind for the real money of a TDship.

To this end all efforts must be directed to promoting Brand McEllistrim. In inviting President Pond Scum, McEllistrim has ensured not only local coverage but national attention. His already high brand recognition is now at TD level. And as an election may be called at any moment he must be congratulated on this coup.

His second area of responsibility is the promotion and protection of this county’s best interests. This is a straightforward proposition as long as one doesn’t think about it for more than a split second. What are Kerry’s best interests? For a long time, we’ve been taught that this is merely a financial consideration. President Bigot visiting our golf courses will obviously have an impact on tourism. With tourism comes more jobs and more money and all is right with our tiny corner of the world.

How could anyone, but a snowflake, or a woman, question this logic? There is no way to put right and wrong into a graph with arrows going up or down, measuring what is in essence, nebulous. We know that President Sexual Assault is a bigot, a racist, a hypocrite, a liar, a misogynist, a threat to world security, a narcissist and too thin skinned to be believed, but does any of that matter?

In what measurable way does fawning at the feet of this worthless piece of shit impact negatively on the people of Kerry? Our Kerry politicians kissing his tiny orange toes will attract money. That he is a slimy, vindictive, divisive and self-aggrandising mess of a barely human male thing, should not detract from the money that Councillor McEllistrim rightly assumes will follow in his wake if he was to pollute our Kingdom with is vicious presence.

We can’t just make the leap to insisting that someone who boasts about sexually assaulting women being lauded by our public representatives is an explicit or even a tacit endorsement of sexual assault. It’s logically true, but you just can’t say it. They are our public representatives and that would be like saying that Kerry endorses sexual assault. So we can’t say that. We must just think of the jobs.

We can’t assume that just because he equates the actions of a minority of Muslims with all Muslims that Kerry also accepts bigotry as our county hobby. That we might have our own experiences of being assumed terrorists makes us impervious to such bigotry even if we embrace the most powerful bigot on the planet. For the jobs.

Doffing the cap, with our hands held out, to a mean little man doesn’t make us mean little people. Well obviously it does, but that isn’t the point, jobs. This clown and his circus of sycophants and psychopaths, will bring the world’s attention to our golf courses. And isn’t all that really matters?

On learning about Political Correctness