21st October 2014 / Paul W.S. Bowler
As appeared in Letters – The Kerryman – 14 October 2014 edition.
Reading Father Brian Whelan (October 1) I was amazed by how defensive he seems. One would think we weren’t living in a country with a sectarian constitution that bars atheists from high office; a country with a church dominated education system. How scared he seems to be of a noisy minority, despite the many privileges afforded his church.
To me his complaints and concerns about atheists seem bizarre given that a prince of his church, Cardinal Cormac Murphy-O’Connor, suggests that atheists are not fully human.
Father Whelan is free to believe in the unseen and is supported by the laws and institutions of his country in that decision. Let him try not being a part of the majority tradition for a while, then he might have something to complain about. 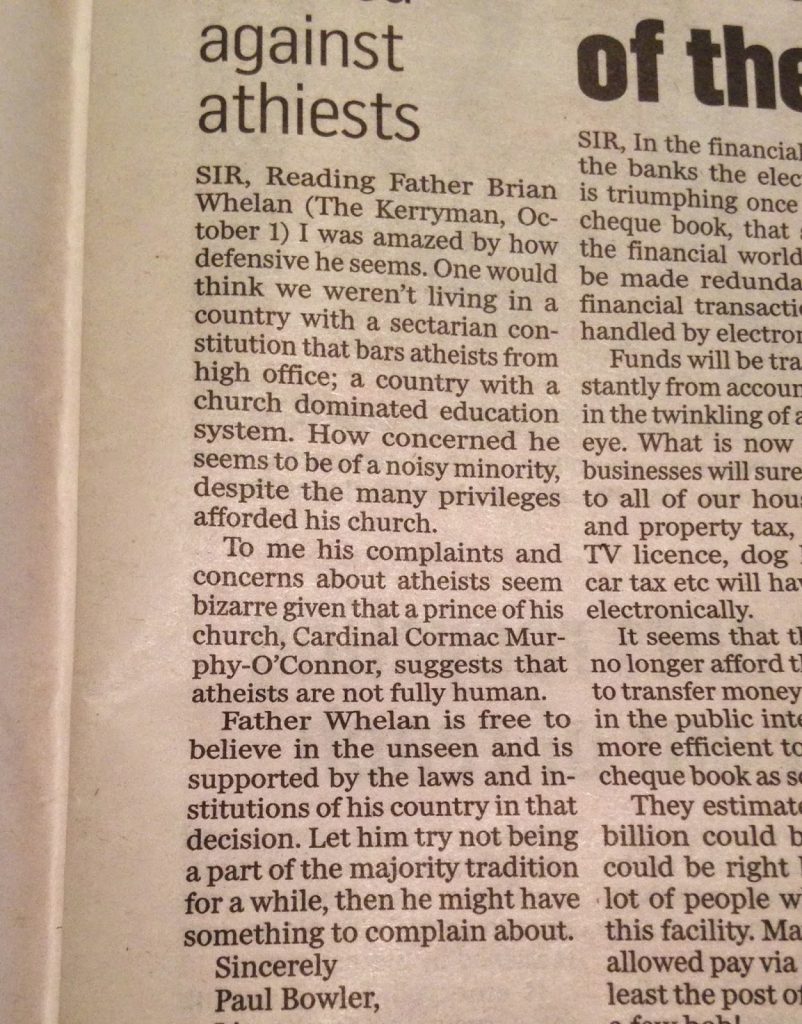